Switching it up this week.

Good friend Jenn Geiger recently took a trip to Banff National Park in Alberta, Canada. I asked her if she wouldn’t mind sharing some pictures that I could then write from for allthisthunder. She returned with some stellar photos, which we reviewed and among many wonderful options picked the three below (and one as the feature image). Suffice it to say all the photos that populate this post are her work. Hope you enjoy.

Additional thanks to Canada. 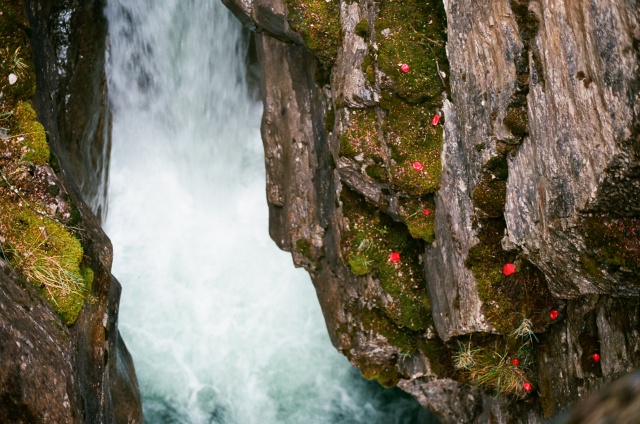 the same way tar does in large

quantities, it holds things down

and sucks them in when they

seems the desperation of death

leads to the best of us-

did you expect a better thundering

as weight of water met the body

did the vacant wandering of light

and mist, leave a certain salinity

in the mouth of this cradle, or not-

with a soft skin

Now it can breathe. Your elbows on the edge of the bed. Watered your chest so as to coax your noise. To unfurl you. Your voice and your rhythm. Your skin and your humble relative.
/
Kept mentioning the silence you felt on the street. Most homes darkened after 8PM and occasional lights on in second floors. Wandering in and out of your clothes. Myriads.
/
“So let’s go see some Elk.”
/
Do you bend like the smaller trees now. Did the leveling leave you adept. On the rim of a body do you speak to me now. Do you travel across the surface at varying speeds.
/
You bathe in haze. The tendons in your arms curled up and slick. We’ll see where you end up, but we’re not going to throw popcorn. Or roll and laugh.
/
“We’ll see where I end up.”
/
Sometimes you seem so clear to me. You seem to enjoy the walks. The snow and your head sweating from the wool. You tell me your chest feels encased and thin. But it’s clouding up.
/
I’m glad we’re here standing together.
/
“Lots of friends have stood on a body of fresh water.”